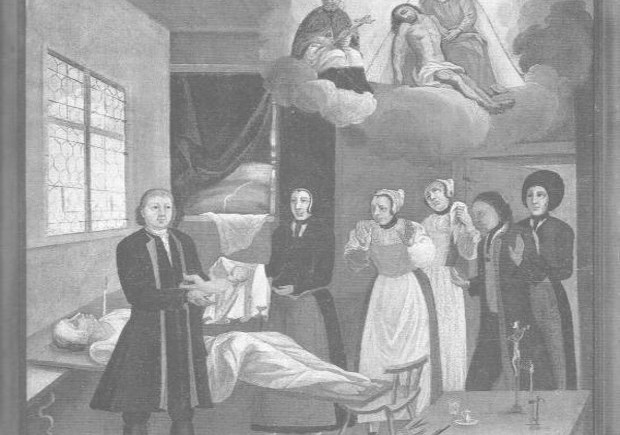 IMPRESS stands for “Beyond ideological conflict: religion and freethought in the Belgian medical press, 1840-1914”. It is a collaborative project between KU Leuven, the Royal Library of Belgium and the Université Libre de Bruxelles (October 2017 until September 2021) that focuses on nineteenth-century medical journals. Just as contemporary medical topics such as birth control continue to provoke debate in and beyond medical circles, nineteenth-century physicians embraced different medical ideas according to their religion or ideology. Such differences of opinion between religious and freethinking doctors on the medico-ethical topics of the day are difficult to trace within an enormous corpus of medical literature. We rely on computer tools and a digitized collection of texts in order to research the ways physicians situated themselves in forums of scientific exchange—how and why they held different views and tried, or not, to reconcile their divergent ideas.

We are digitizing three important Belgian medical journals, issued between 1840 and 1914 (Bulletin de l’Académie Royale de Médecine de Belgique; Journal de Médecine, de Chirurgie et de Pharmacologie; Journal des Sciences Médicales de Louvain). From these digitized texts we extract passages related to four medical subfields where ideological difference was most clearly at play. The PhD research of Jolien Gijbels focuses on the subfields of obstetrics and gynecology, while the postdoctoral research of Valérie Leclercq pays attention to medical knowledge about human consciousness and the human self.

BRAIN – IMPRESS is a four year interdisciplinary research project on 19th-century medical journals financed by BRAIN, which is part of the Belgian Science Policy Office (Belspo).​

Joris Vandendriessche, Kaat Wils, Valérie Leclercq and Jolien Gijbels will participate in a session on nineteenth-century medical periodicals as spaces of knowledge circulation at the ESSHC conference in Leiden, 24-27 March 2021.

Contribution to an online dictionary about the political history of health by Jolien Gijbels: “Césarienne”, in: Hervé Guillemain (ed.), DicoPolHiS, Le Mans Université (2020).